“I proposed calling it The Null Set, and for some reason it struck a chord with each of us and became the name. The 'null set' is a mathematical term meaning the set without any members. Pete defined it as a set of unrealized possibilities, a set of things that haven’t happened yet, but could. For the four of us, it stood for a hope that we could make things better.”

Orca Books and Window Seat Media invite you for a reading and interactive conversation with Pat Holm about activism, organizing, and art in Olympia in the mid-1960s. Pat will read excerpts from her memoir, The Null Set Remembered, and we’ll reflect and share our own stories about what sparks social change within our community, past and present.

This event is part of Window Seat Media’s “Spaces that Spark” community-centered fundraiser series. Donations at the time of registration and during the event will support future community oral history and storytelling in the South Sound. Learn more about our campaign here. 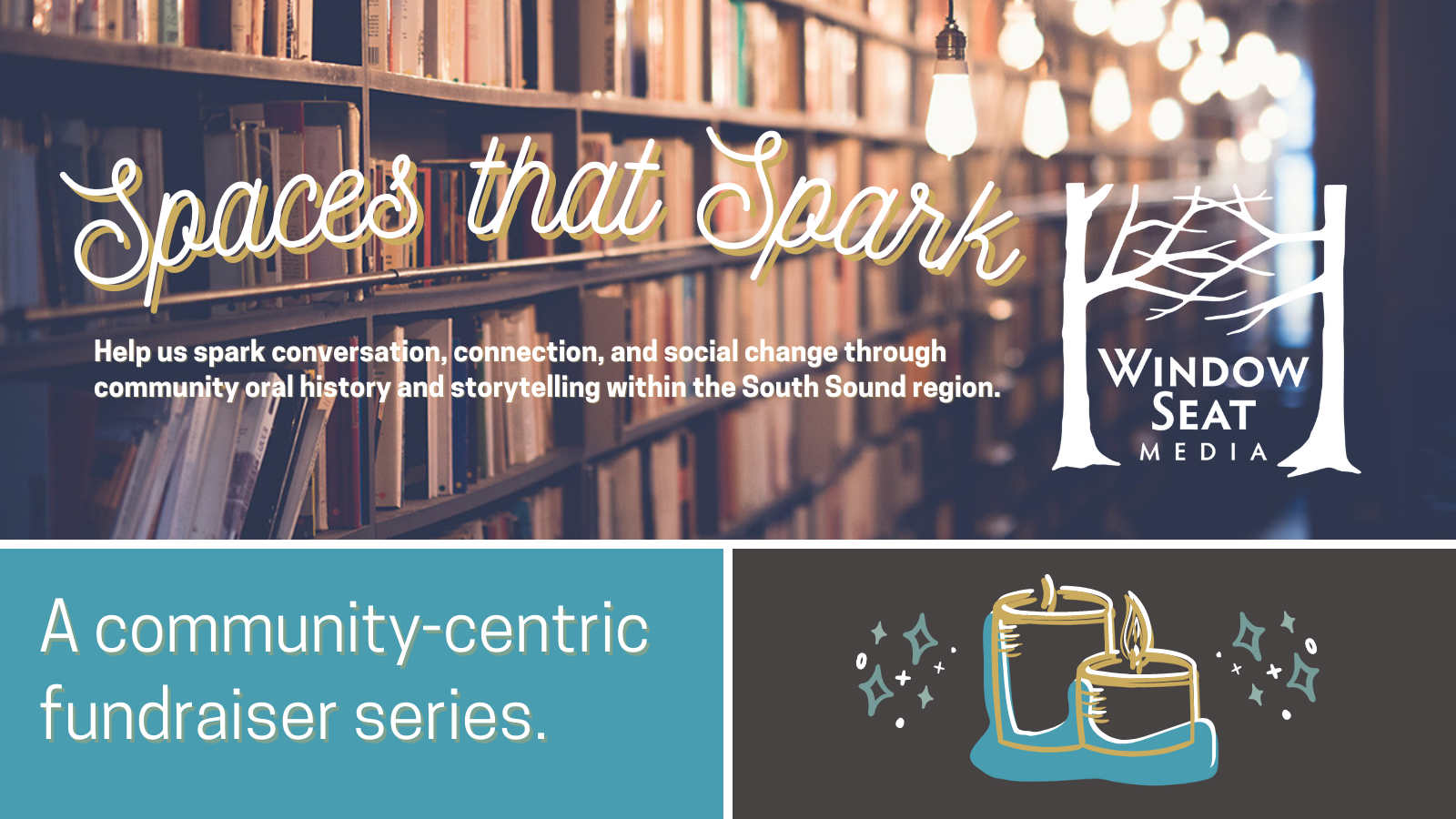 About Pat and The Null Set Remembered

In 1964, Pat Holm, her then-husband Pete, and friends Bonnie and Bob Gillis, opened Olympia’s first coffee house, The Null Set. It’s hard now to imagine how truly radical a space this was because coffee houses are commonplace today and are rarely considered subversive spaces. But in 1964 in Olympia, it was a site for community organizing, connecting people to justice struggles in other parts of the country, and a space for all forms of creative expression, from visual art to puppetry, to folk music. The Null Set Remembered is a wonderful story of early do-it-yourself culture-building in Olympia.

Listen to a short audio story about Pat that was produced as part of Window Seat Media’s Third Thirty Oral History Project.

Select an amount for your monthly contribution

Your contribution was successful!

No ticket levels yet

Your tickets are free!

We have successfully redeemed these tickets!

Expect an email within the next few minutes for a confirmation.