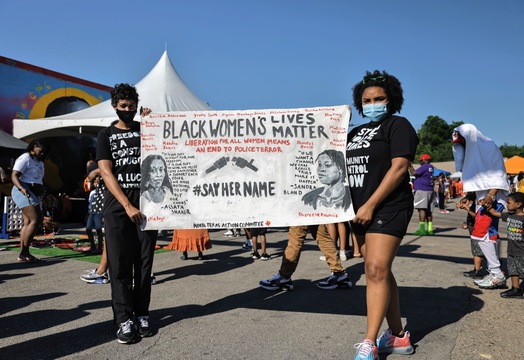 Start Your Own Campaign for Dallas Alliance Against Racist & Political Repression

Dallas organizers need your help getting to the NAARPR Conference in 2021! We are working to fight for black lives, against political repression, and for an end to police crimes & abuse, and the conference will be a gathering of similar groups and individuals from all over the country to connect, share, and plan for the victory of our movement.

For decades, DFW has suffered under outrageous and flagrant racial violence, from the 1973 execution of a handcuffed 12-year-old-boy, to the cold-blooded shooting of a young men and women their own homes in the past few years. Assault, murder, and criminal abuse of power continues to be state-sanctioned and state-sponsored for white supremacy, and among some of the worst cities is our own.

The struggle for meaningful and effective accountability of the police has not stopped, and the people of Dallas have continued to fight against police crimes with the recent restructuring of the Police Oversight Board. Local activists and organizers active in this battle are travelling to the second annual conference of the National Alliance Against Racist & Political Repression in Chicago this December.

On our own we've covered what we can, but since there are many trying to make the trip, we still need more for travel and a place to stay. We need your help to connect the movement here with a national movement for democratic community control of police. Real change is possible if we fight for it!