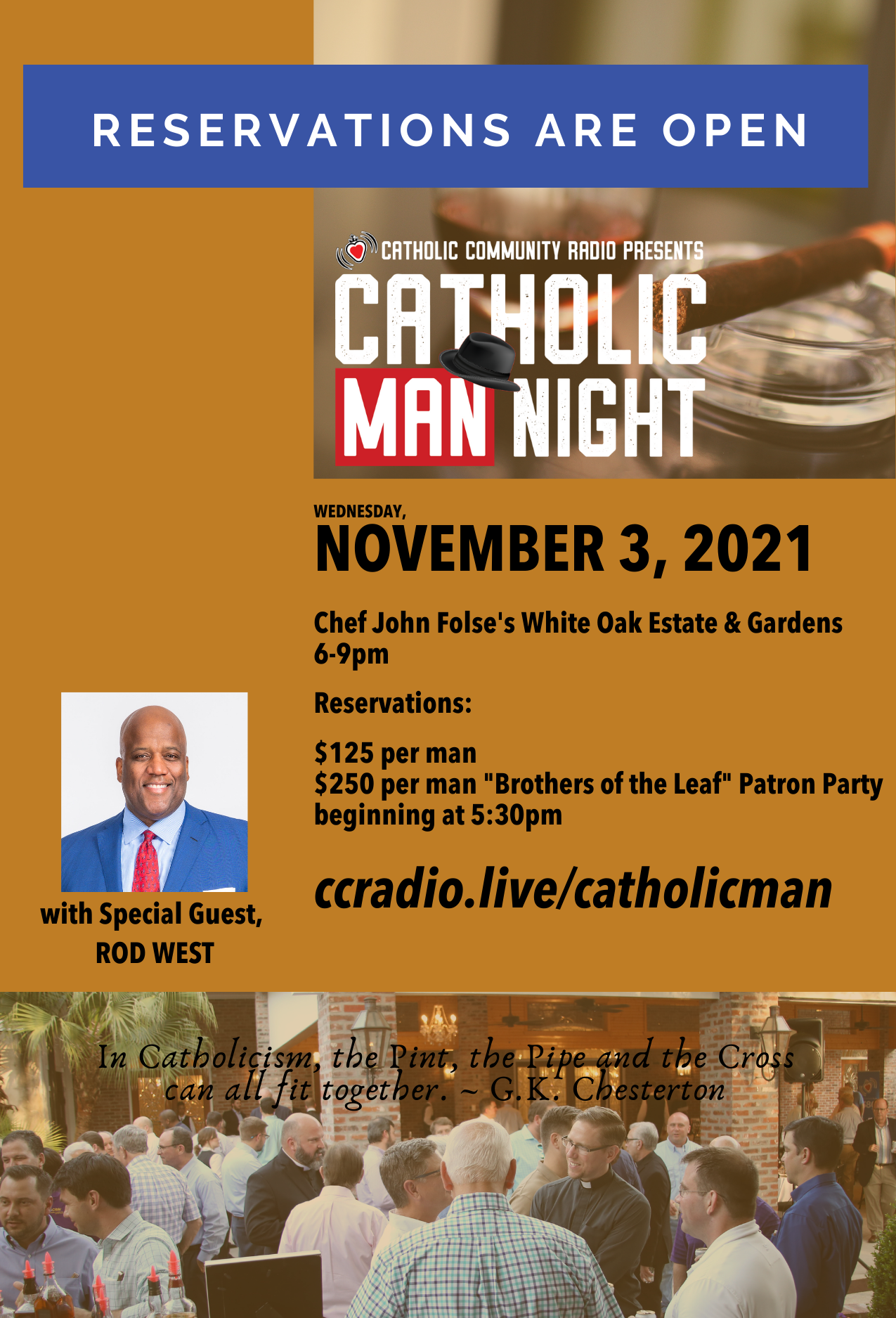 $250 per man for the exclusive patron party*

Join your brothers in Christ to share your Catholic faith and love of Louisiana. Celebrate the Feast Day of St. Hubert, the patron saint of hunters.  This year’s event will begin with a strolling buffet, which will feature several game dishes. Jacob Zumo will be there painting an original work of art to be auctioned that night! Following dinner, fellowship and cigars, everyone will be seated for dessert and our special guest speaker.

We are thrilled to announce this year’s Catholic Man Night guest speaker, Rod West. Rod is a past president of the Allstate Sugar Bowl, a member of the National Football Foundation board of directors and newly appointed member of the College Football Playoff selection committee. He earned his B.A. from the University of Notre Dame where he lettered three years for Lou Holtz and the Fighting Irish’s 1988 National Championship football team. He received his Juris Doctor from the Tulane University School of Law and his MBA from Tulane University.  Rod is group president, utility operations for Entergy Corporation.

Select an amount for your monthly contribution

Your contribution was successful!

No ticket levels yet

Your tickets are free!

We have successfully redeemed these tickets!

Expect an email within the next few minutes for a confirmation.