Start Your Own Campaign for iACT

This August, iACT has a window of opportunity to expand Little Ripples to the Central African Republic (CAR) and build the foundation for a successful life journey for  118 children, ages three to five, living in a refugee site in the capital city of Bangui and attending a Jesuit Refugee Service education center. This will be our first opportunity to expand Little Ripples outside of eastern Chad! 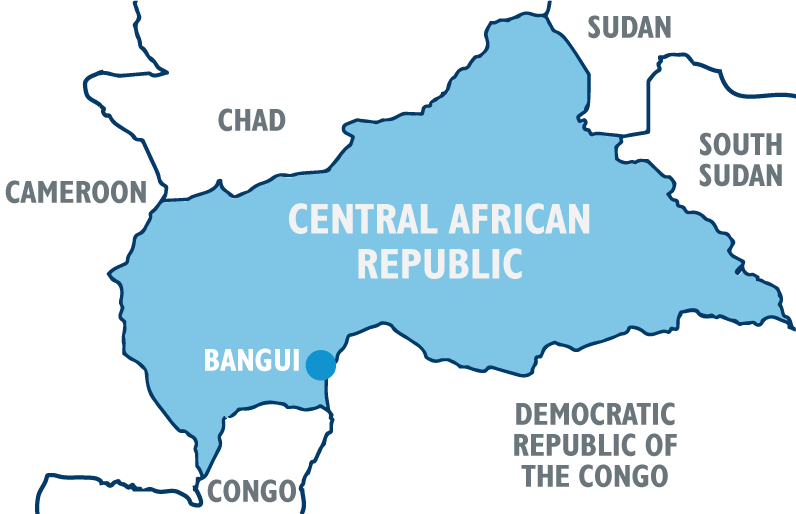 CAR is one of the world’s poorest countries and a mere 5.6% of children there are enrolled in preschool programs.  Since conflict broke out in 2013 in CAR, around 6,000 people have been killed, 400,000 have fled to neighboring countries, and a quarter of the population has been internally displaced. Displacement, insecurity, and deepening poverty due to ongoing conflict leave a generation of children in the Central African Republic at risk of irreversible long-term damages.

Little Ripples is an innovative early childhood education program that builds the capacity of refugee women to implement and manage preschools and to improve the social-emotional, cognitive, and physical development of children ages three to five. Currently, across two refugee camps in eastern Chad, Little Ripples reaches 755 refugee children and employs 55 refugee women as the program’s education directors, teachers, and cooks.

Thank you to our community partner, Never Again Coalition, for contributing $10,000.

Through this opportunity, we look forward to expanding our partnership with Jesuit Refugee Service to the Central African Republic.