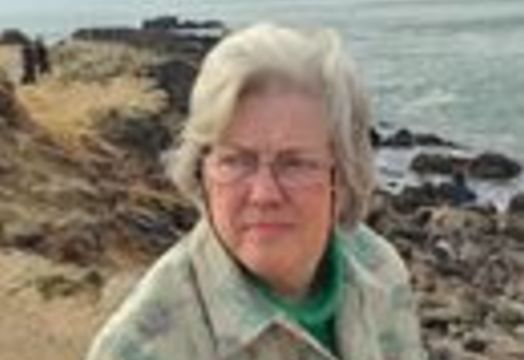 Start Your Own Campaign for Oakland Elizabeth House

Barbara Jean Prather Soletti, 80, of Oakland, CA passed away on March 22, 2019from complications of Alzheimers.

Barbara was born August 12, 1938 in Harrisburg, IL, the youngest of four children. After graduation she moved to Chicago where she worked in real estate, then to Washington DC to employment in the Foreign Service of the State Dept. From there, it was on to SF where she joined World Airways as a flight attendant, Instructor and Supervisor. She traveled the world and was involved with flights to Vietnam during the war. She left flying after marrying Larry and became a mom to Christina and Jeff and was active in the Parents Group, serving a term as president. Once they were grown, she returned to work in retail, among the beautiful things she loved at David M. Brian in Walnut Creek. Gardening, antiquing, traveling and caring for her children gave her joy. She loved singing and musicals, and even to her last few days, she could sing every word of Elvis and Sinatra songs played.

Barbara is survived by her husband of 47 years, Larry, her daughter Christina of Los Angeles, her son Jeff of Oakland and granddaughter, Bea, of LA, her brother Kenneth of New Mexico and other family and friends.

The service will be on Monday April 15 at 4:30 at Corpus Christi Catholic Church in Piedmont.

Please join us in remembering Barbara Soletti. Barbara is Larry Soletti's wife who has been very active as a long time Board Member and past President of the Board of Directors. We send our warmest and deepest condolences to the Soletti family and are very grateful for their committed support to Oakland Elizabeth House. May Barbara rest eternally in Paradise.