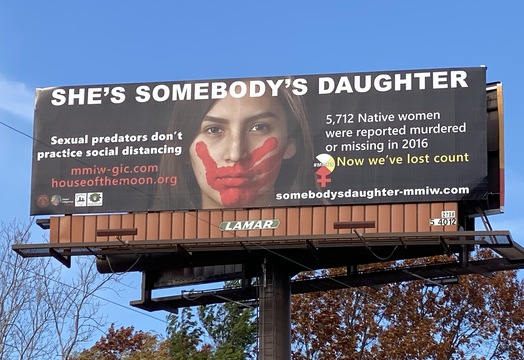 Start Your Own Campaign for Native Justice Coalition

We are seeking to grow our MMIW billboard campaign in the Great Lakes in 2021.  We have built new relationships with community partners in 2020 such as Menikanaehkem in the Menominee Nation (WI), ESTHER (Neenah, WI),
Zonta Club of Ludington, MI, and the Gathering Thunder Foundation (Grand
Rapids, MI).

Please consider supporting our campaign so we can address ongoing colonial violence towards our people and communities.  The billboards inspire action such as walks or vigils.  They also inspire and ignite conversations on this critical issue.  Ultimately, we seek greater justice and transformation in Native and non-Native communities.

Here are some example costs from 2020:

The Native Justice Coalition officially launched our MMIWG2S Program in August 2019. The MMIWG2S abbreviation stands for Missing and Murdered Indigenous Women, Girls, and Two-Spirit People. There has been a growing movement across Canada for several years and now the Global Indigenous Council has started this billboard campaign which has been supported by Native American Congresswomen including Deb Haaland (D-NM) and Sharice Davids (D-KS). In 2019, we have launched this program with a billboard campaign in the Great Lakes. Our goal is to locate these billboards in our rural and remote Native communities.

This program addresses this ongoing violence and continued genocide that affects Native women, girls, and Two-Spirits across the US and Canada. In May 2019, a 1,200 page report from Canada was released on the National Inquiry on Missing and Murdered Indigenous Women and Girls (MMIWG). It includes over 230 recommendations and concluded that the murder and disappearance of Indigenous women and girls is an ongoing genocide. The NJC is starting with this first step to create awareness in our communities.  We will continue to grow this work through community forums and other community-based action in the Great Lakes. 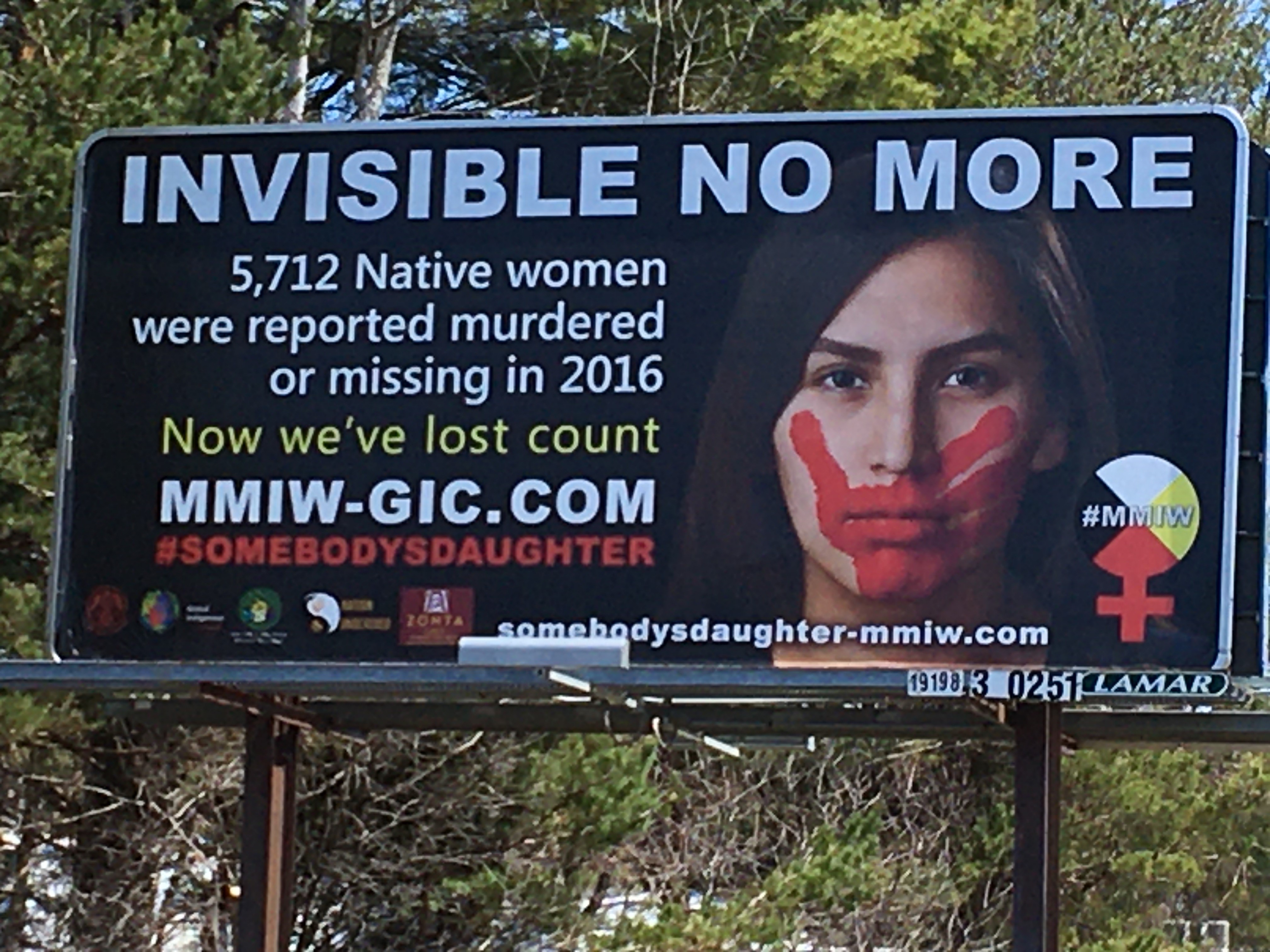 PHOTO: This billboard was located on US-31 in Ludington, MI, from April - June

2020.  It was supported by the Zonta Club of Ludington.

Since the launch, we have successfully run the MMIW awareness billboard in 8 locations and a total of 12 times from August 2019 to the present.  Some locations had multiple billboards at once or repeat billboards.  These locations include Manistee, MI (Little River Band of Ottawa Indians), Rudyard, MI (Sault Ste. Marie Tribe of Chippewa Indians), Baraga, MI (Keweenaw Bay Indian Community), Grand Rapids, MI, Ludington, MI, Grand Haven, MI, Green Bay, WI, and Duluth, MN.

LEARN MORE ABOUT US AND OUR COMMUNITY PARTNERS

Murdered and Missing Indigenous Women billboard goes up in Duluth